Published: 6 October 2021 SMEs at the cornerstone of the green economy transition in the Mediterranean

The European Union has positioned itself as a global leader of the green economy transition, reflected in its ambitious goals laid out in the EU Green Deal, most notably of becoming the first climate-neutral continent by 2050. However, the Mediterranean region is a climate change hotspot, warming faster than the global average – a situation that urges for transboundary cooperation and support to small and medium enterprises (SMEs) to face the shared challenges across the region.

The Mediterranean is one of the most unequal regions in the world, with differences of more than twice the GDP per capita (in PPP) between member and non-member states of the European Union. However, climate change does not follow country borders and the whole Mediterranean region – including both the north and south shores – is especially vulnerable to sea level rise, with one third of the population living in coastal areas, according to MedECC figures.

The European Green Deal presented by the European Commission in 2019 is not just a commitment to mainstream sustainability and decarbonisation inside EU borders, but a commitment to encourage action across the world through ‘green deal diplomacy’ – especially amongst its immediate neighbours – “with strong environment, energy and climate partnerships”, as the policy document states.

EuroMesco’s study on the green economy in the southern Mediterranean states that “EU institutions have played a growing role in sustainable energy and climate-related finance across the MENA region, and the southern Mediterranean countries”. Nevertheless, as the study affirms, “most green finance has been channelled to large-scale projects (such as solar farms in Morocco), and smaller-scale projects with a strong involvement of smaller municipalities and towns should be considered”.

As the afore mentioned study highlights, micro, small and medium enterprises (MSMEs) perform better in terms of job creation and technology transfer, and can reach marginalised areas, thus reducing energy dependence and insecurity. Therefore, the focus should shift from large-scale to decentralised projects, with the active involvement of small municipalities and support to SMEs to boost the green economy transition in the Mediterranean.

At the regional level, the Union for the Mediterranean is currently building the 2030 GreenerMed Agenda at a technical and operational level, and working with all partners in the regional landscape. The Agenda will provide “a regional structured framework that, based on the coordination of existing and future programmes and projects, creates political and operational convergence to accelerate the transition of the Mediterranean region towards a green, circular and inclusive economy”. The agenda was presented to the Union for the Mediterranean (UfM) member states during their Ministerial Conference on Climate and Environment, held in Egypt on 4th October 2021.

Synergies across the region to boost the green transition

“Like their neighbours to the north, Southern Mediterranean countries are far from mainstreaming green and sustainable development principles into their economies, despite the progress made”, the EuroMesco study on Green Economy in the Southern Mediterranean states – a statement at odds with the opinion of José Manuel Durán Cuevas – CDTI-Spanish Agency of Innovation Delegate for the MENA region – who affirms that “all the region, including Southern  Mediterranean countries, is moving forward in the right direction”, even if there is still a gap between the Mediterranean’s northern and southern in green economy progress.

As an example of good practices, Durán Cuevas highlights the ambitious Moroccan Renewable Energy strategy – with higher renewable energy production than most European countries – or the Egyptian mechanisms to reduce agricultural water consumption through efficient irrigation technologies and digitalisation. However, these projects mostly target and benefit large firms, rather than taking this opportunity to support small-scale projects.

“Lately, there have been several initiatives to make both Mediterranean shores work cooperatively to boost the green transition” explains Durán Cuevas, who has been a member of one of these: the Experts Group on Innovation – stablished by the UfM – to build the research & development (R&D) pathways in several key topics such as health, energy and climate change. These pathways aim to advise UfM member states on the most suitable ways to enhance the green economy transition across the region, stablishing common goals and identifying the necessary stakeholders and policies, and secondary impacts. 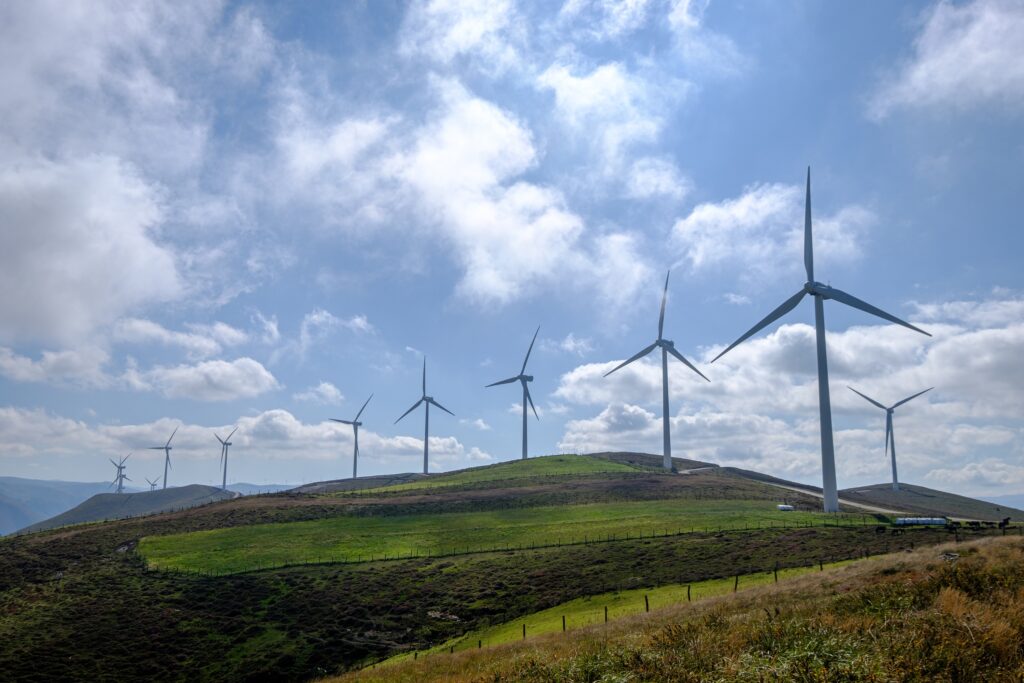 SMEs, the key for a green transition in the Mediterranean?

SMEs are central to the European economy, employing at least two thirds of the European workforce. According to Alessandro Paglia – Head of European relations in TES Association – in his interview with REVOLVE – communications partner of the Interreg MED Green Growth community – “SMEs are fast and dynamic companies, making them more resilience and capable of seizing new opportunities. They are also the companies that have developed the most innovative and sustainable solutions, because they are obliged to innovate and set themselves apart to compete with larger players”, Paglia affirmed.

Small companies are frontrunners in innovation – and not only technological. “SMEs might have a key role in piloting the transfer of know-how to society, embodying the effort to turn scientific breakthroughs into real instruments that allow society to benefit from them”, states Durán Cuevas.

“The involvement of SMEs is key to boost the green transition”, affirmed Giancarlo Puddu – Expert Advisor to the Interreg MED Green Growth Community finMED project from the University of Turin – in the Green Growth matinee event hosted by Circle the Med. However, these companies have significant challenges accessing credit, making it harder for them to transition to the green economy.

Bridging the gap between the green transition and social inequalities

Transforming the current economic model will damage the brown economy (in which economic growth is largely dependent on environmental destruction); while this is necessary for environmental restoration, this may lead to a loss of current employment and potentially increasing social inequalities. However, in the long run the green transition will create new job opportunities in new sectors, compensating for potential short-term challenges. For this reason, “strong investment in continuous training and the provision of new welfare tools is essential to avoid social unrest and opposition to change”, affirms Paglia.

The investment referred to by Paglia must be replicated in the southern Mediterranean to avoid an increase in inequalities between the two shores of the Sea. As the aforementioned EuroMesco study suggests, there is a need to “ensure that green financing is linked to and streamlined with other regional programmes that aim to reduce poverty and inequality”.

“I believe that a reflection must be made on the assessment of creditworthiness for access to credit by businesses”, remarks Paglia. “A sustainable company that invests in the social sector tends to be healthier and more sustainable in the long term, and therefore more able to repay their debts” he explains, thus opening the door for discussion on how to make this a factor in the assessment of creditworthiness.

To make the green economy transition in the Mediterranean fairer for all, territorial cooperation projects such as Interreg MED, ENI CBC MED and SwitchMed are working to bridge the inequality gap in the region and reduce the disruptions that the transition could bring. For example, the Interreg MED Green Growth Community is working in four focus areas (food systems, eco-innovation, smart cities, and waste management), cooperating with partners from across the region to move forward in the green economy transition.

Unfortunately, the COVID-19 pandemic has had negative effects at all levels, across the world. However, despite this, the post-pandemic recovery plans have opened the door to incorporate environmental conservation and restoration, as well as green economy and social welfare aspects of growth. The aforementioned UfM 2030 GreenerMed Agenda and the UNEP MAP decalogue for the Mediterranean green renaissance are two examples of how this window of opportunity has been opened at a regional level. The time is now, and it is down to policymakers and financial institutions to pave the way for small-scale projects and SMEs to make the green economy transition a reality across the Mediterranean region.